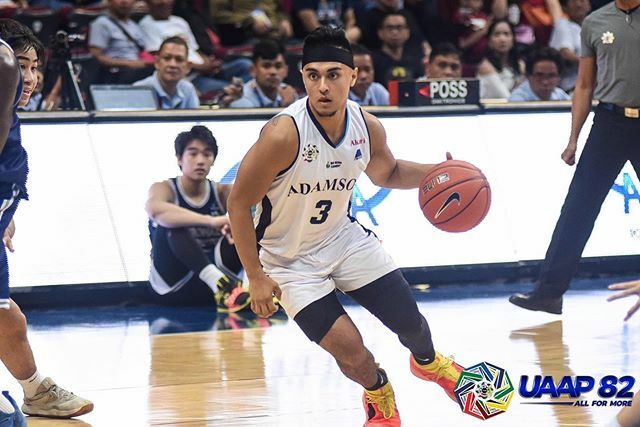 The Adamson overcame its slow start with a 24-6 fourth-quarter run to beat the NU Bulldogs, 72-53, last Saturday at the Mall of Asia Arena.

The Soaring Falcons and the Bulldogs started the game slowly as they were tangled in a low-scoring first quarter. Adamson couldn’t get their engines running early as they only entered the scoring column at the 6:35 mark of the first frame courtesy of Aaron Fermin’s free throw. Simon Camacho converted his team’s first field goal eight minutes into the game.

It was a seesaw battle in the second and third quarters, with neither team leading more than four points during those periods. There were four deadlock and seven lead changes in the first 30 minutes of the match.

The Soaring Falcons took control of the fourth quarter with brilliant performances on both ends of the floor. Adamson locked in on NU to give them two four-minute scoring droughts in the final period alone while doing the damage on the offensive end. AP Manlapaz stepped up and led the late-game charge for his team as he scored 10 out of his 14 points in the fourth.

Adamson outplayed NU on most aspects of the game. The Soaring Falcons shot 42.6 percent from the field as opposed to NU’s 35.8 percent. They also posted more rebounds (46-40), steals (8-2), and blocks (5-0) while committing fewer turnovers (10-16) against the Bulldogs.

With the win, Adamson snapped their four-game losing streak which started at the end of the first round. The Soaring Falcons now hold the solo sixth place in the UAAP, just behind DLSU (4-4) and FEU (4-5). They are just two games behind second-place UP in the neck-and-neck race to the Final Four. They will face the UST Growling Tigers on October 19 at the Ynares Center in Antipolo.