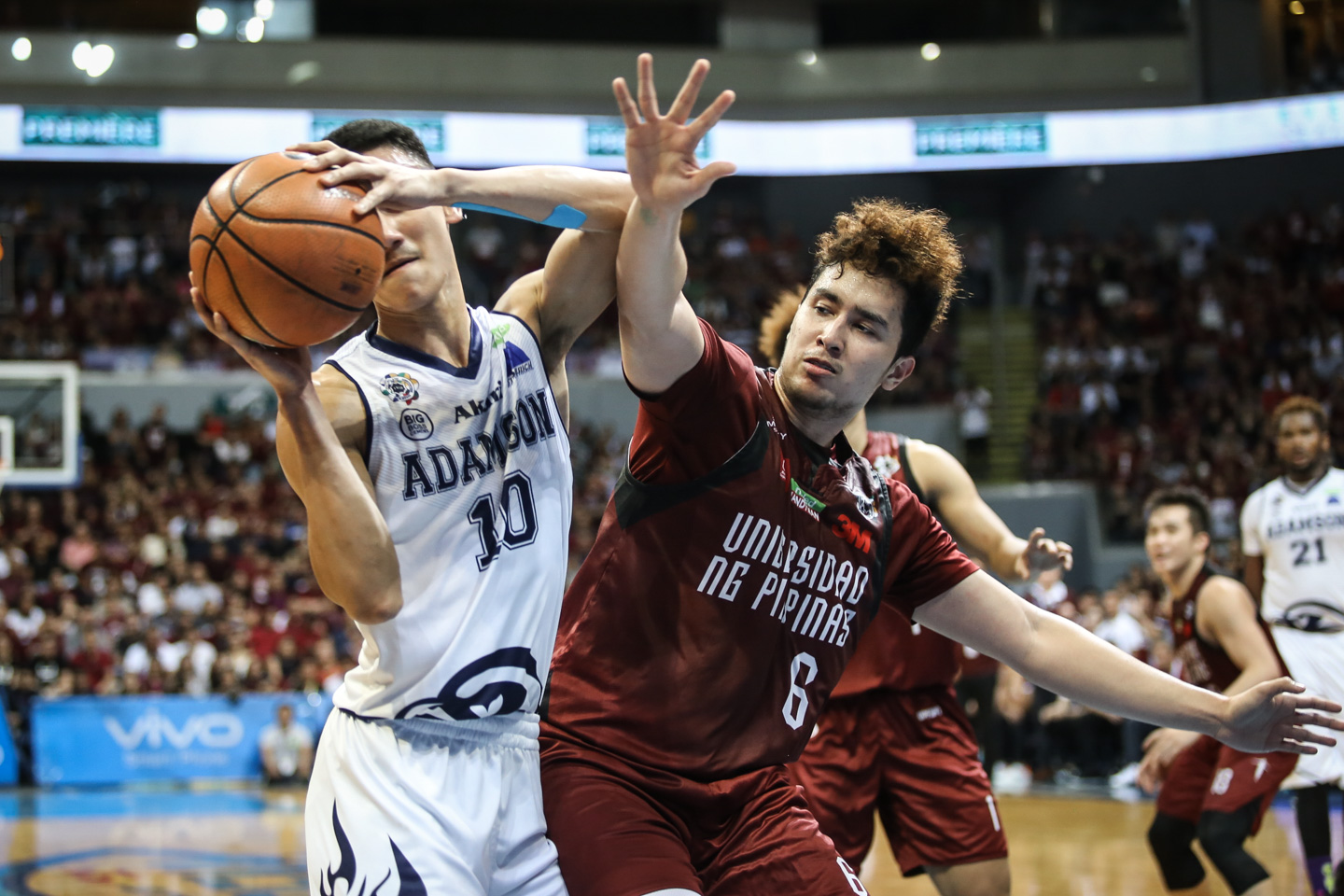 Adamson takes a shot at history when they take on UP in Game 2 of the UAAP Season 81 men’s basketball Final Four Wednesday at the Smart Araneta Coliseum in Quezon City.

More than 20, 000 people are expected to troop to the venue in what is billed as the most important non-championship round match in the UAAP in the last two decades.

Bright Akhuetie scored off a lob by Juan Gomez de Liano with 2.6 seconds left in Game 1, pushing the Fighting Maroons to a pulsating 73-71 triumph at the Mall of Asia Arena.

Now, the Soaring Falcons are forced to use the twice-to-beat advantage they worked so hard for in the elimination round, where they finished second with a 10-4 record.

Coach Franz Pumaren has insisted he is not about to sulk after losing the series opener, choosing instead to focus on the silver lining that even if they played atrocious basketball, they were within a basket of entering the Last Dance.

Nonetheless, he expects better performances from his veterans, especially Jerrick Ahanmisi and Jerie Pingoy, who were both subpar in Game 1.