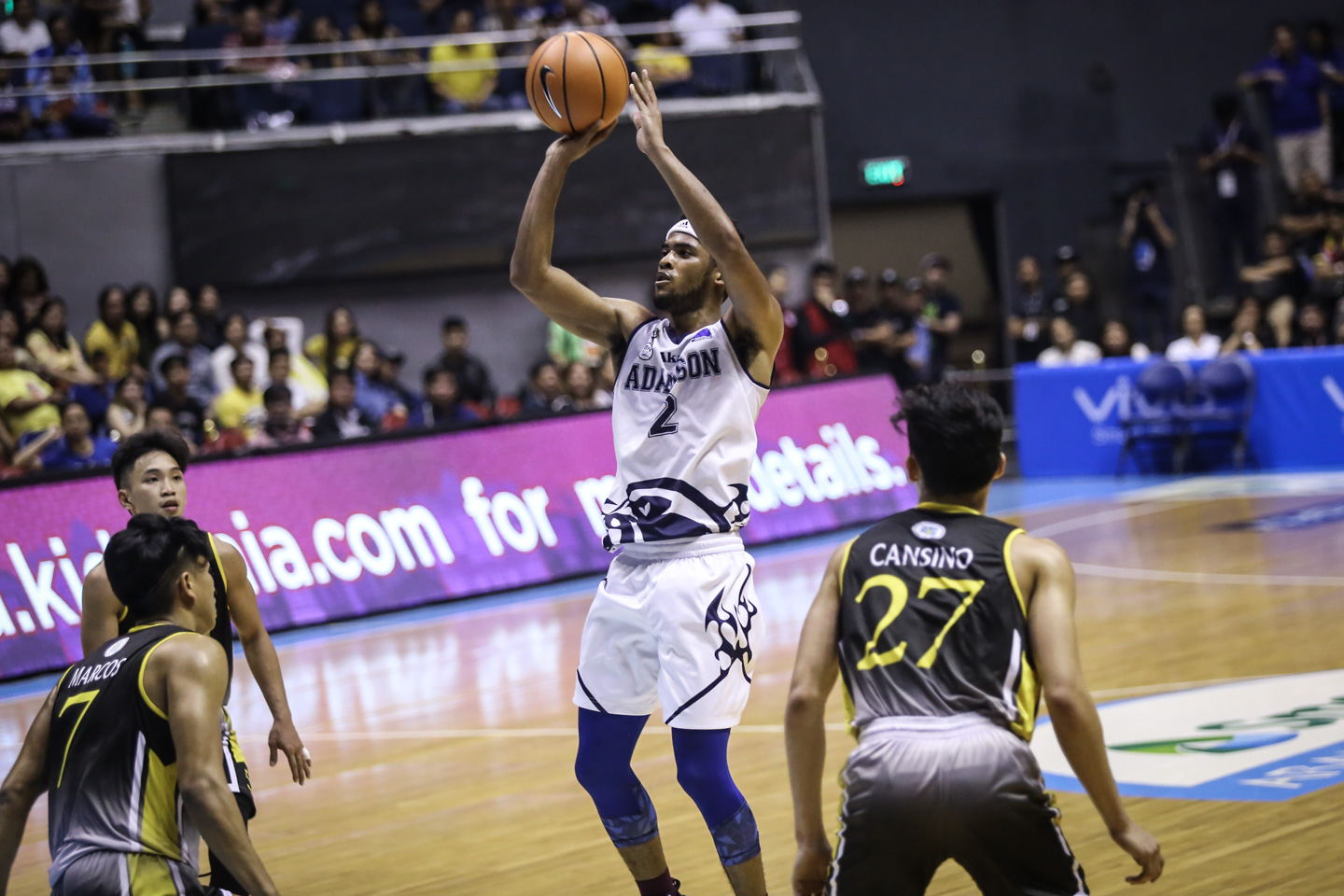 Adamson tries to take advantage of skidding UP as the two teams tangle in the UAAP Season 81 men’s basketball tournament Wednesday at the FilOil Flying V Centre in San Juan.

Winners of three straight games, the Soaring Falcons are slightly favored over the Fighting Maroons, who have lost their last two, the last of which was a whitewashing by FEU.

Jerrick Ahanmisi tries to keep his scorching streak going while Papi Sarr and Sean Manganti, who both played under the weather and had subpar outings in their victory over UST last Saturday, will attempt to bounce back.

The San Marcelino crew will have their hands full against UP, which sports a high-octane offense led by the flashy Juan Gomez de Liano, Jun Manzo, Paul Desiderio and Bright Akhuetie.

But coach Franz Pumaren and his wards will be ready to counter with their trademark press.

“We’re here to make a statement with our defense,” he said after Adamson forced 27 turnovers in beating the Growling Tigers, 79-71.